Acupressure a check for Arthritis! 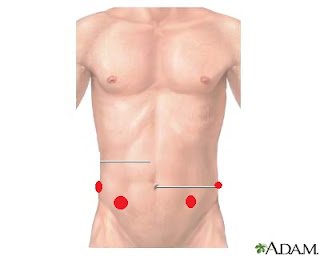 Rheumatology disease symptoms also could be due to vitamin deficiency…Sometimes we find it very hard to walk or work due to pain starting from finger joints to ankle, knee, wrist or elbow joint/s, on the top, back or front of the shoulder joint, hip joints or even pain in entire waist and down in hip joints. More often People treat all, “#ConsistentJointPain” as #Arthritis or, our medical practitioner baptizes it with something from branches of it. In short, we relate all consistent ‘joint pain’ to bone or #BoneJoint. Is it so? How far is this correct; read further but only if you know ‘ #diagnosis is trial and error ’, ‘ sometimes #diagnosis on self-assumptions ’, many times #diagnosis part of business ’.  And offcourse if you believe in different diagnostic and treatment methods! The very important symptom is “you are suffering this pain for a noticeable time”, and because no remedy (other than a painkiller) you could find; you concluded it as, ‘joint pain due to wearing out bones at
Post a Comment
Read more

Augmented Reality - a Syndrome in near future 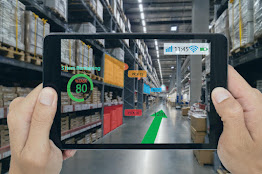 Serious side effects of "#AugmentedReality" are inevitable with people addicting to #VirtualReality. It is very possi ble for weak (the most) people, difficulty to differentiate between the real and the virtual world. They will be victims of multiple personality disorde r or split personalities disorder. The beginning of 20 th century noticed as, settled wars, rise of #SuperPowers,  #SelfGovernance in many nations, #Industrialization, research in places for all sectors of life. In the middle of the century, #Automation, #Computers, and #Networking introduced. #HIV was recognized and noticed as major threat to humans. Major medicinal research on human life extension; expectancy introduced for the first time. The end of 20 th century cut time barriers across globe and brought world closer. Automation became inevitable in any production and process sectors; #CNC and #roboticfunctions came to real. #Urban life across globe became too fast, increase in educated population bro
2 comments
Read more